Skip to Main Content
It looks like you're using Internet Explorer 11 or older. This website works best with modern browsers such as the latest versions of Chrome, Firefox, Safari, and Edge. If you continue with this browser, you may see unexpected results.

Questions to ask yourself

Here are the key questions to ask yourself:

Trustworthy: able to be relied on as honest or truthful.

Fake/False News: Fake news refers to false reports or misinformation shared in the form of articles, images, or videos which are disguised as “real news” and aim to change people’s opinions. Fake news is spread by social media users and hidden social bots which comment on, repost, and retweet such news items.

Media Literacy: Media literacy is the ability to ACCESS, ANALYZE, EVALUATE, CREATE, and ACT using all forms of communication. In its simplest terms, media literacy builds upon the foundation of traditional literacy and offers new forms of reading and writing. Media literacy empowers people to be critical thinkers and makers, effective communicators and active citizens.

Disinformation : false information which is intended to mislead, especially propaganda issued by a government organization to a rival power or the media.

Misinformation : false or inaccurate information, especially that which is deliberately intended to deceive.

Bias : Bias is a tendency to prefer one person or thing to another, and to favor that person or thing.To bias someone means to influence them in favor of a particular choice.

Far Left: the more extreme supporters or advocates of social, political, or economic change, reform, or revolution designed to promote the greater freedom, power, welfare, or comfort of ordinary people

Center : Centrism is a political outlook or position that involves acceptance and/or support of a balance of social equality and a degree of social hierarchy, while opposing political changes which would result in a significant shift of society strongly to either the left or the right. (Moderates or Centrists)

Lean Right : Wants smaller government; Looks for individual or market solutions to social problems; Looks for less government regulation; Likes the price signal sent by prices generated through relatively unfettered market competition and supply and demand interaction; Looks for equality of opportunity; Sees government as protector of “rights” that exist without government say so; Sees government as a referee of a reasonable rule-of-law; Enjoys the messiness of freedom and uncertainty;

Right:  Right-wing people tend to say the government should not make social change happen.The word right, in contrast, refers to people or groups that have conservative views. That generally means they are disposed to preserving existing conditions and institutions. Or, they want to restore traditional ones and limit change. (Republicans)

Far Right : the more extreme supporters or advocates of social, political, or economic conservatismpr reaction, based generally on a belief that things are better left unchanged. 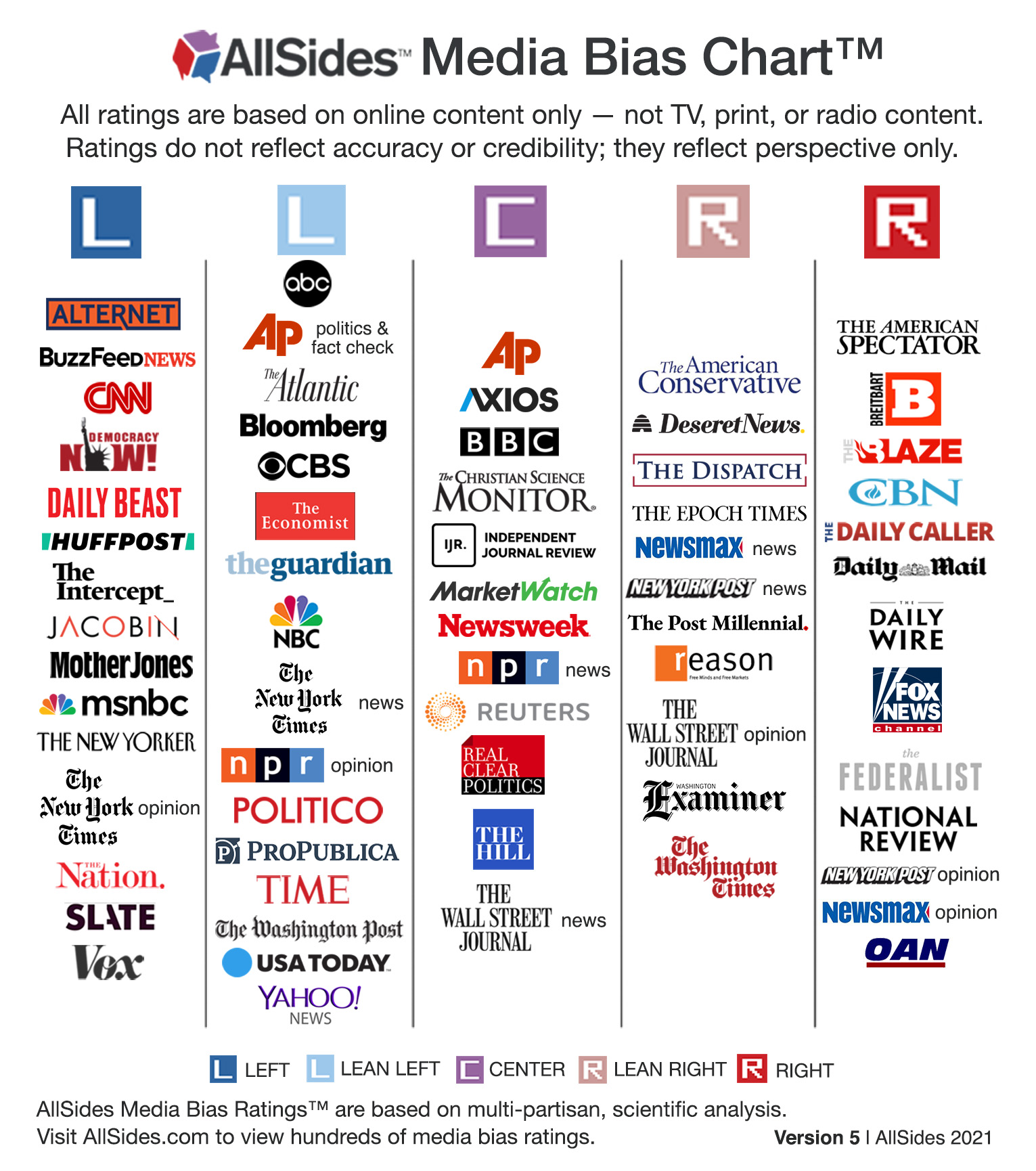 Why is this important?

The digital age has made it easy for anyone to create media. We don't always know who created something, why they made it, and whether it's credible. This makes media literacy tricky to learn and teach. Nonetheless, media literacy is an essential skill in the digital age.